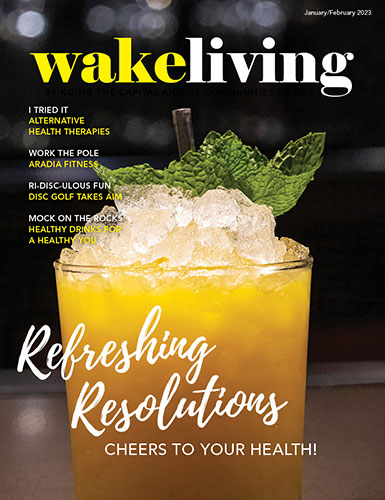 On a Wednesday evening in November, Donald “Tres” Hundertmark and Doreen Rivers Graham set up a display of shucked oysters on a large bed of ice in the dining area of State of Beer in Raleigh. Since 2019, they have been hosting oyster pop-ups, an opportunity for oyster lovers to try a sampling of several North Carolina offerings (shrimp, too), while grabbing a cold beer or cider.

Their business, NCOyster365, which they run with events coordinator Kyle Rivers, moves all over the state for these pop-ups, landing in the Triangle area a few times a month. They are so passionate about sharing their love of oysters — and great offerings that come from this state — that they trademarked the phase “The Napa Valley of Oysters,” a term that comes from Rowan Jacobsen, author of books such as A Geography of Oysters and The Essential Oyster that chronicle North Carolina’s bivalve bounty. 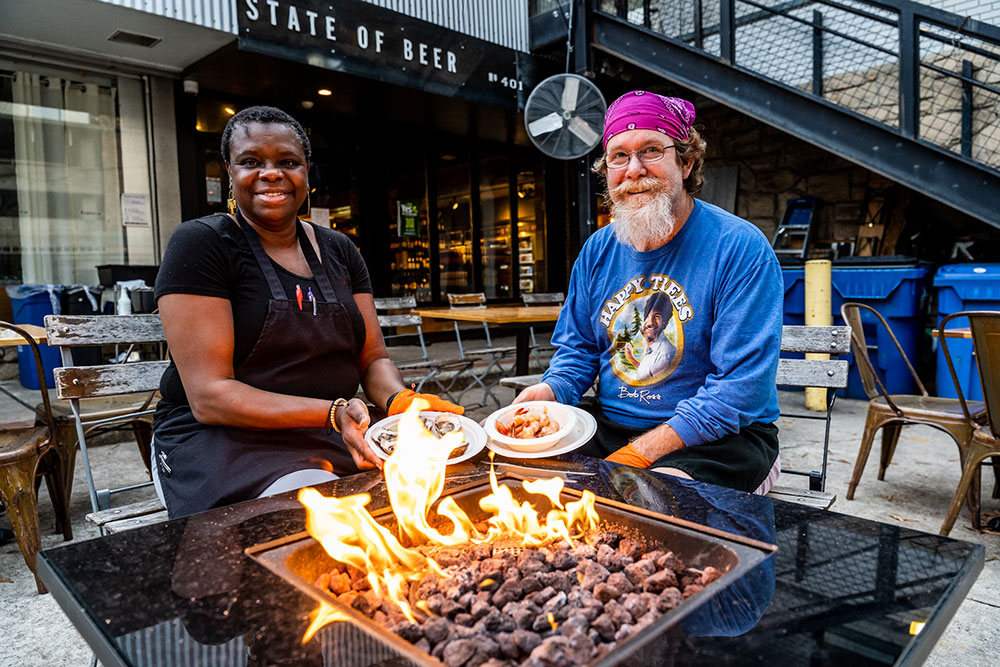 “We often equate oysters to wine in our explanation of them,” said Hundertmark. “If you line up six chardonnays, they will all taste different. The same with our North Carolina oysters.”

Hundertmark explains that North Carolina has the second largest amount of estuaries in the nation, and oysters require both fresh and saltwater to exist. “We have a great opportunity for oysters and a variety of flavor profiles, including green gill oysters,” he said.

In addition, oysters are fundamental to water quality, with each one filtering pollutants from up to 50 gallons a day, added Graham. They are also low in calories, yet loaded with nutrients, including protein, healthy fats, vitamins, and minerals. 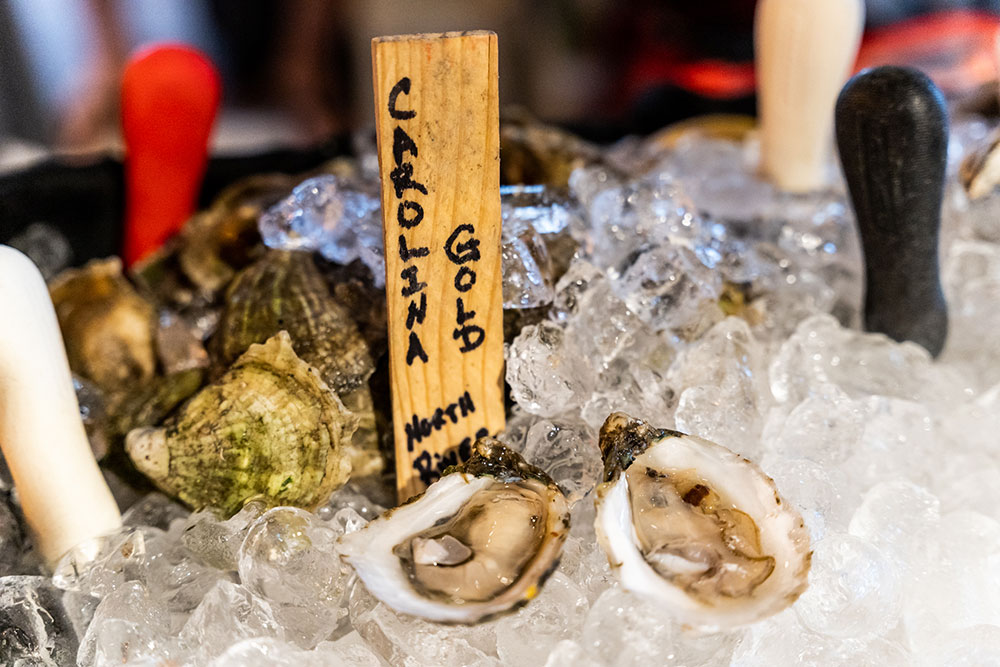 At one of NCOyster365’s events, you may find Permuda Island Selects or Tarheel Tiderunners from Stump Sound, an area between Sneads Ferry to North Topsail Beach; Sticky Bottoms from Hatteras Island; Siren Salts from North River in Carteret County; Currituck Select from Spencer Bay in Hyde County; White Oaks from Swansboro in Onslow County; Core Sounders from Jarret Bay in Beaufort, NC; Chadwick Creeks from Bayboro in Pamlico County; Savage Inlet Salts from Oregon Inlet on the Outer Banks; and Top Seacrets from Topsail Island. 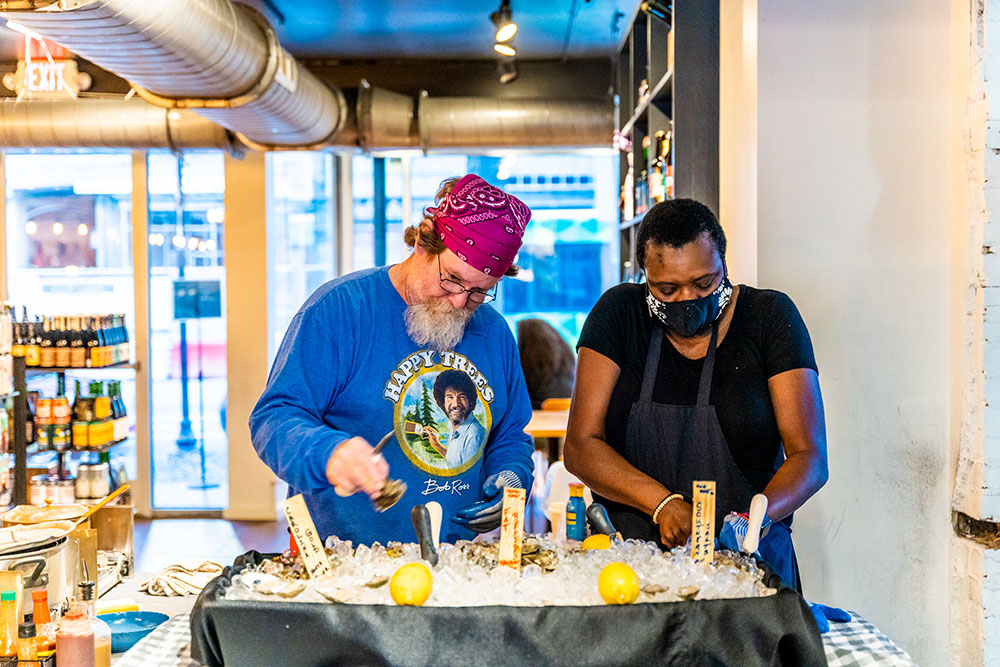 Tres Hundertmark and Doreen Rivers Graham shuck oysters right as they are ordeded.

At the pop-ups, oysters are sold steamed or raw by the dozen, half dozen, or as singles. Accompaniments include oyster crackers, lemons, mignonettes, a homemade cocktail sauce they will soon be bottling for sale, and a variety of hot sauces. You may even get lucky and find a tiny pea crab, a soft-bodied stowaway that lives in bivalves like oysters and mussels. “When you find a pea crab, it is a good sign that the area the oyster is growing has very good water,” said Graham. “Pea crabs are delicious!”

Also on the menu is fresh NC shrimp, which are boiled in garlic, onion, and Old Bay. Every item is made to order, and prices range from $2.50 to $25. 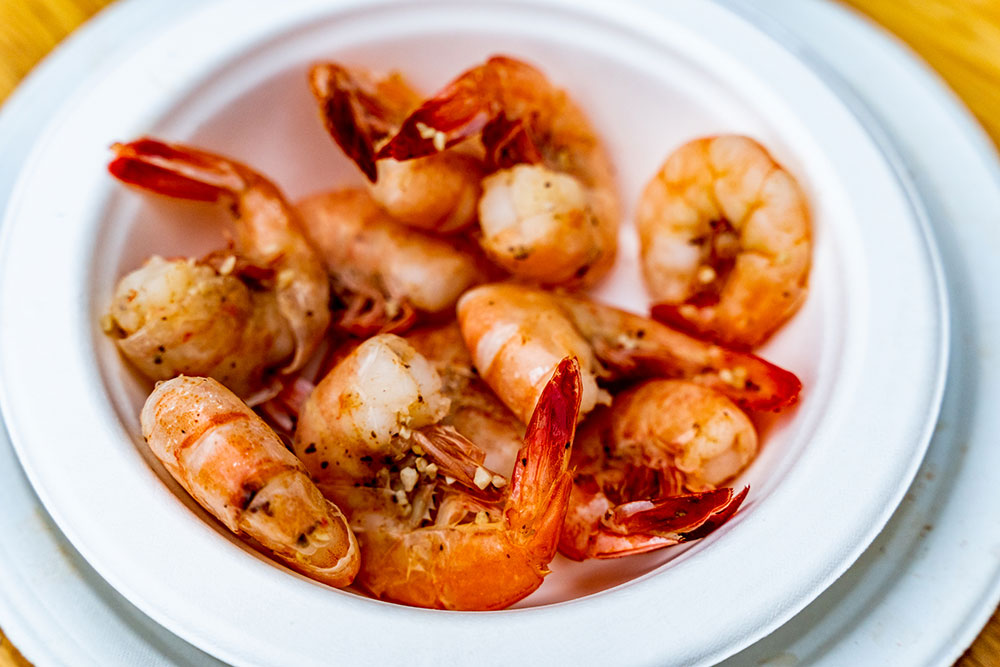 Like their name NCOyster365 suggests, oysters are available year-round, not just during months with an “R” in them, which Graham explains was a “rule in a time where refrigeration was nonexistent on boats. Plus, there is more monitoring and regulation than in the former days of oyster farming. Also, the ‘R’ rule mainly was for the wild oysters. Wild oyster season has a short window of time. Wild oysters reproduce in the warmer months. It is not that you cannot eat wild oysters in warmer months, but they give off a strong flavor because they are mating. Most people do not like the taste during that time. Farm-raised oysters are usually triploid oysters, which do not reproduce.” 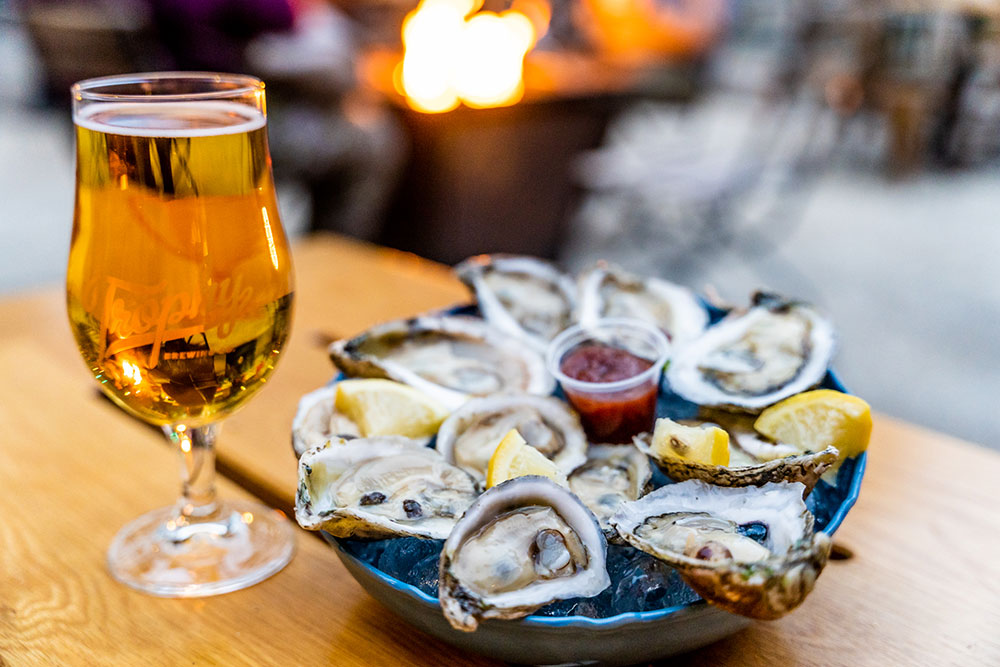 A dozen oysters and a glass of cider make for a perfect meal in front of the fire pit at State of Beer.

There is also a second side to NCOyster365’s business: brokering oysters. “It is very difficult for North Carolina oysters to get into other markets because of a bias of warm-water oysters,” said Graham. “We have had distributors refuse oysters below Virginia. We share the same ocean. Virginia is considered a Southern state, so it makes no sense for any seafood purveyor to refuse an oyster from the same coast and ocean as the neighboring state.”

Despite the challenges of brokering oysters, Graham said she is happy to see people come out to their events and share her excitement. “I am very pleased that people dig what we do,” she said.

Visit ncoyster365.com for a calendar of upcoming pop-up events.